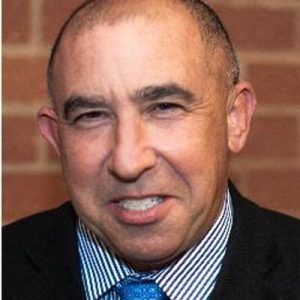 For a lot of you, the first question you’ll ask is who the Hell is Eric Sondheimer? Well, that is a good question and one which should naturally be asked to determine whether or not this guy knows about what he is talking or another in an unending stream of know-it-alls treating us to unsolicited commentary. For those of you who hope this news of a new rule change, regarding college offers to freshmen and sophomores in high school is untrue, I have bad news for you. Sondheimer has been covering high school sports for the Los Angeles Times and Southern California since 1976. That is 42 years. Eric Sondheimer certainly appears like someone who would know about what he is either talking, tweeting, or writing. Not to mention, Sondheimer has over 75,000 Twitter followers, so I don’t appear to be the only one who believes him credible.

The effect of the rule change is that if freshmen or sophomores take unofficial visits to schools in the future, a coach or representative of that sport will not be permitted to participate in the tour. Right now, the rule only involves sports other than football and basketball. One has to wonder how long before it will be extended to the revenue generating, as opposed to revenue degenerating, sports. If it is extended to football and basketball is that necessarily a bad thing? I am not sure, but it appears Mr. Sondheimer thinks it might be a good idea. In a Tweet he posted tonight, Mr. Sondheimer (@latsondheimer) posted the following…

Effective April 25, college coaches no longer able to offer freshmen and sophomores. Big change. Players may actually have to prove their worth in high school. Emphasis added. 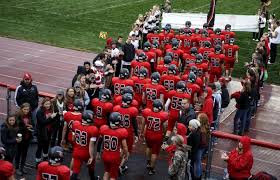 I am totally in favor of players having to prove their worth in high school. I believe it’s beneficial to high school programs for their younger guys to be focused on making the varsity and not whether they are making unofficial visits. I am also conscious of the fact that my own son, William Long, like sophomore Ethan Wolford (above pictured), has been on a visit recently though only a freshman. However, I am almost disappointed the rule wasn’t inclusive of football and basketball players and here’s why. I would rather William Long and Ethan Wolford get to fully enjoy being star high school football players (as they both certainly are) and not have them sitting around on weekends concerned with why they weren’t invited to WKU’s spring game. I mean, it gets ratcheted up for everyone when they are juniors. It would just be sort of refreshing if they could have their first two years in the program to enjoy the big Friday night game against the cross-town rival and whether they are going to get a date to Prom. Let them be juniors before they have to be concerned with whether they made a good impression on the college coach who came by the school in the hopes they can get invited to the Blue and White game.

Again, let’s be clear, the rule which is going into effect April 25, 2018 is for all sports except football and basketball. However, one has to think they are using the non-revenue sports as a test case for the impact it might have on the revenue sports like basketball and football. It probably won’t be too long before something like what they just passed regarding unofficial visits for non-revenue generating sports will be extend to include both football and basketball. We had an opportunity to interview Coach Craig Clayton, a 35 year HS head coaching veteran, regarding this rule and he told us…Personally, I am against colleges offering freshmen and sophomores anyway, period. It has been my professional experience young players are too immature to know how to handle the notoriety and, many times, their parents are too unsophisticated to understand the significance (or lack of significance) which should be attributed to the fact their son was offered early. Offers are essentially meaningless until signing day. I have, over the years, had players offered as early as their freshman year and many of those players never realized their full potential because of it.