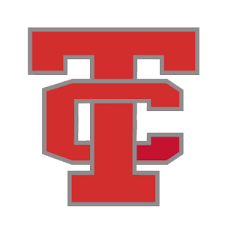 A guy against whom a lot of people have bet will lead a team against whose rise to prominence a lot of other people have wagered. There really couldn’t be a match more heavenly made. Coach Darell Keith, whom only two years ago was the middle school head coach at Christian County Middle School, and who coached OL on CCHS’, Class 5A, 11-1 football team last year, is soon to be named the new high school Head Football Coach of the Todd County Central football program. Last year the Rebels finished 6-5, after dropping its first round play-off game to Mayfield, 55-0. Among its 6 wins, Todd County Central did beat Class 4A, Hopkins County Central, 6-0 in route to winning 6 of its first 9 contests before dropping its season ender to Logan County, also Class 4A, 34-6 and then the playoff game to Mayfield.

Todd Central was a completely ground based offense last year gaining 2,260 yards rushing while throwing for only 83 yards. The Rebels lose its two top ground gainers in Isaiah Fingers (68 carries for 521 yards and 9 scores) and Maqureim Mimms (48 carries for 363 yards and 5 TDs). Maqureim Mimms was also the leading tackler with 124 stops. The Rebels return Jaquavion Mimms, who rushed the football 38 times, last season, for 317 yards and 3 scores while simultaneously tallying 110 tackles on defense. Also back is Dalton Ellis, the 3rd leading tackler at 47 stops.

Promoting a middle school head coach to the head coaching position at the high school level was, once, a seldom considered proposition in this area. However, since Logan County High School elevated its middle school football coach to the head coach of its high school program, such a move has become, seemingly, both a more attractive and practical option. In just two short years, Logan County, under its former middle school head coach, Todd Adler, has been resurrected from a door mat to an 11-1 contender in its classification. At the end of the regular season, the Cougars were ranked as high as No. 4 in Class 4A football poll, commonwealth-wide. In the 60’s, Clarksville High School elevated Johnny Miller, whom many consider the best head coach Clarksville High has ever had, from the head coaching position at Greenwood Junior High to the head football post for the Wildcats. That move paid huge dividends for the Wildcat football program and ushered in its winningest era. Kentucky Prep Gridiron predicts you will see similar results out of Coach Keith’s Rebels, something on which the brass at Todd County Central High School, most assuredly, were banking. Why, you ask? I’ll tell you.

There is a famous coach and former player in Clarksville, Tennessee named Taylor Stokes. Taylor was the first black football player on Vanderbilt University’s football team, having prepped himself at Clarksville High School. The SEC Network just finished featuring him, among others, during its Black History Month programming. Last year, Taylor recommended Darell Keith for the Rossview High School football head coaching job in Tennessee’s 6A classification, for which he was a finalist and made it to the interviews before they settled on Coach Todd Hood.

In a letter written to the Athletics’ Director of Rossview, Coach Stokes said the following about Coach Keith…Though I do not know him personally, I have watched his teams play on several occasions and am impressed with his ability to handle players and coach the game. His teams play tough, disciplined football and they play under his control. As a coach myself, his skills in the areas of player management, scheme, and football acumen are evident even from afar. In talking to sources, I understand Coach Keith has good rapport with his kids and understands how to address, and gain mutual respect from, a diverse group of players. Their comments are consistent with what my own observations told me when watching Keith’s team play.

I would suggest Coach Keith learned these skills as a non-commissioned officer commanding and drilling men for the United States’ Army. After all, this is something he did very successfully for 29 years. I would suggest to you commanding a group of soldiers and commanding respect and effort from a group of football players employs a similar skill set. I would suggest to you that comparison has been amply before noted and was not first made by me for purposes of this article. The noted similarity is why so many great football coaches have military backgrounds. Consistently referenced as one of the greatest college football coaches in the history of the game, Robert Neyland, for whom Neyland Stadium is named, graduated from West Point United States Military Academy and had two periods, in his coaching career, he had to take a leave of absence for deployment. Coach Keith’s military career alone is not all that recommends him as being an exceedingly wise choice for this position.

Coach Keith coached at CCMS at a time when his varsity middle school team could have played Todd Central’s schedule, last season, and had very similar results. He demands a lot from his players, ask any of the former players who played under him at CCMS or any of the offensive linemen he coached at CCHS just this past season. The key is he has never asked more from a player than he demanded of himself, when in 1984, he raised his play to a level where he was awarded Class 4A, All-State, in Alabama as an undersized linebacker. Coach Keith took his 6-1, 190 pound frame on to Alabama A&M University were he, again, excelled on the field. If there is one thing he has consistently told me it is this…you can jump in their backside, as they will bear and accept any fair criticism of their effort or attitude you make. However, you have to LOVE them primarily, and they have to feel that love. It’s like being a parent, the fact you love them is a constant whether or not there are times you may not, altogether, like them.

Kentucky Prep Gridiron would congratulate one of the toughest, hardest, most loyal, and loving friends a man could ever hope to have for gaining a position he has worked tirelessly to achieve. In the end, his players will be disciplined, will play hard nosed football, will win a lot of games, but, even more importantly than that; they will gain a father-figure and life-long friend who will make them, each and every one, better men for having been a part of his life and program. If that is for what Todd County Central was looking; then congratulations Rebels, you have truly arrived.