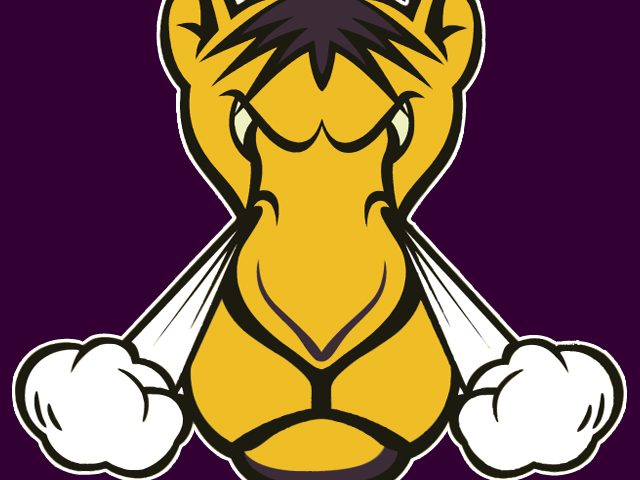 Cambell County High School is a school with an enrollment between 1,500-1600 students in Alexandria, Kentucky. Their new head football coach is named Mike Woolf, they were 7-5 in 2017 (under Stephen Lickert), lost to Louisville Trinity in the playoffs’ second round, and play out of District 6 of the 6A Classification. That is about all you need to know about the Camels other than just one more thing…it’s a place where a  freshman QB would have little to no chance of starting on Friday nights. This is 6A football for crying out loud, how in the world would anyone dare to presume a freshman could come up from middle school and start at QB? C’mon, man are you freaking crazy? We knew you were thinking it, we just thought we would beat you to saying it. We believe at KPGFootball, there is a very good chance incoming Class of 2022 signal caller, Preston Agee, maybe the Camels, day one, Friday night, starter at the most visible offensive position on the field. The following is why we feel this way…

First of all, last year’s QB-1 is gone to graduation. Austin Hoeh (6-4, 237 pounds), last year for Coach Lickert’s Camels, completed 161 of his 191 passing attempts for a completion percentage of .8429; or, put another way, a completion percentage so dad burn high I thought it clearly was a statistician’s error. Hoeh, also a first rate baseball prospect, threw 23 TD passes, suffering only 5 interceptions for what must have been one of the highest QB ratings in the Country, last season. As efficient as Hoeh proved himself to be, he left very few snaps to develop anyone behind him. With his departure, there are two people left on last year’s roster who have attempted a pass, Nick Cartwright (Class of 2020) was 2 for 2 for 43 yards and Andrew Helton (Class of 2019) was 2 for 3 for 8 yards. Now Alex Dowds attempted a pass a year ago, unsuccessfully; but that doesn’t help much as he also graduated, for one. For two, he gained 1,777 yards from scrimmage at RB for 21 rushing TDs and caught 23 passes out of the backfield for 260 yards and 1 TD so, even if he were going to be around this Fall he wouldn’t be deployable at QB, he was too valuable where they had him.

So this is where the Camels find themselves entering 2018. Not an enviable position for any team entering play in the 6A classification but, enviable or not, as a Camel fan, that is where you are. Before everyone gets too quick to throw in the proverbial towel, let’s just cool our jets a moment. Number one, Preston Agee isn’t just any rising 9th grade QB. He is one of the two best QBs in the 2022 class along with Pikeville’s Isaac MacNamee. He has stature at 6-0 and 162 pounds, speed with his 4.9 second, 40 yard dash registered time and his 4.52 second, pro-agility shuttle (5-10-5), is very athletic as his middle school career in Track & Field certainly demonstrates (two-time record holder at CCMS in high jump, long jump, and 200 meter hurdles), and has plenty of QB moxie and savvy. Agee, in addition to playing QB at CCMS also quarterbacked numerous Team Kentuckys, both Future Stars and FBU.

So what are we trying to tell you? We here at KPGFootball are trying to get you accustomed to the proposition that the reality show Big Brother is not the only place where one might well expect the unexpected. That motto, posing as advice, is applicable to high school football fairly often. One might not expect a rising freshman to draw the start in 6A football at QB; but, at least next year, one might be well advised to expect the unexpected. KPGFootball believes Preston Agee will be under center for the Camels when opens play this Fall.

This is Fletcher Long, reporting forKPGFootball reminding you to PLAY THROUGH THE WHISTLE!