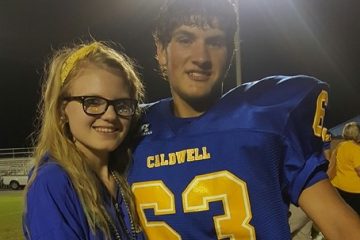 There is a player listed on the Caldwell roster as wearing No. 63 and slotted at both offensive center and defensive end. This guy doesn’t exist within the public record outside of being awarded the Farmers Bank “Player of the Week” on YourSportsEdge.com. We hope we aren’t being “Cat-fished” here; but, if we aren’t, and if there is such a person who played as well as the 2018 stats indicate, he has to be considered one of the best DEs